Italy’s signature dish, pizza, as it is made in Naples, is something truly unique and special. Here are all the ‘sacred’ places in the city, where you can enjoy it in its most authentic version. 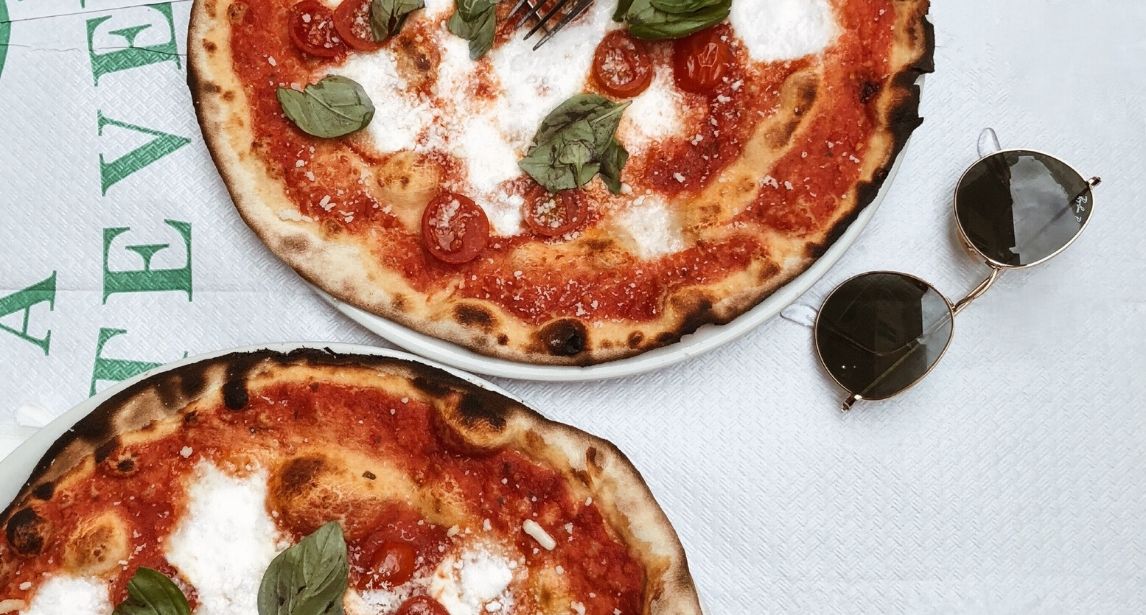 A little over a year has passed since UNESCO recognized Neapolitan pizza as one of our planet’s treasures, placing it on the list of World Heritage Sites.

Cultural tourism increasingly includes the concept of cultural landscape, decisively influenced by the gastronomic tradition of a destination, a truly identifying element that brings the tourists closer and allows them to live an authentic and enriching travel experience.

Difficult to think of a dish more representative of a city than pizza for Naples. And while it is true that today true Neapolitan pizza can be enjoyed practically in every corner of the world and on every continent, visiting the splendid and sinuous Parthenope, for the first time or the hundredth, and going on a pilgrimage to the sacred places of pizza, which was born here and here is worshipped as a divinity, is, quite simply, something else entirely.

The origins and the best pizza in Napoli

At the beginning it was a sort of fragrant focaccia of herbs and spices, then the Neapolitans enriched it with tomato, an ingredient just brought from the New World by the Spanish, and finally in the 17th century they began to add the mozzarella of buffalo milk. The name and the final consecration of pizza arrived in 1889, when the pizza maker don Raffaele Esposito was invited by an official of the Royal House to make a pizza dedicated to Queen Margherita of Savoy. Don Raffaele prepared three variants: a white one, with olive oil, cheese, and basil; one with cecenielle, small white fish; and finally, one with tomato, mozzarella, and basil. The latter conquered the sovereign and the astute pizza maker baptized this delight with the name of the queen herself.

Today the pizzeria where don Raffaele invented the Pizza Margherita 130 years ago is called Brandi and is a true institution in Naples and in the Chiaia district, a few steps from the Royal Palace and the spectacular Piazza Plebiscito. Since then, little has changed. Because perfection cannot be improved.

At Antica Pizzeria Da Michele. Here, the only pizzas offered are the marinara and the Margherita. Period. The short menu does not represent a limit for the many customers who reach the restaurant in the popular Forcella district, a few steps

from the Cathedral of San Gennaro, sit at the white marble tables, perhaps sharing them with other customers, and enjoy one of the tastiest pizzas of Naples. Among these was Julia Roberts, who shot some scenes from the movie ‘Eat, Pray, Love’ on the tables.

Antonio Pace, president of the Genuine Neapolitan Pizza Association and owner of the historic pizzeria Ciro a Santa Brigida, next to the Umberto I Gallery,

Guglielmo Vuolo, who in Naples and in particular in Mergellina, in front of the spectacular seafront, has just inaugurated a new venue: a high-quality location, elegant but with the authentic flavour of a true pizzeria. Here Vuolo brings his experiments and his research on the ingredients that made his tomato menu famous.

Another unmissable address is that of the historic pizzeria Sorbillo, of the very central Via dei Tribunali, the Decumano Maggiore. This is the temple of probably the most famous Neapolitan pizza maker in the world, Gino Sorbillo, born in 1974, a genius and tireless creator of exceptional pizzas

Rimini TTG: behind the scenes

Golf and Tourism in Italy

The decalogue of sustainable tourism