MASTERMEETING / Destination / Brisighella: between the Middle Ages and good food in one of the most beautiful villages in Italy
Blog detail
224
2020

Travel through the rolling hills of Brisighella. Between history and good food

Slow city, Orange Flag village and one of the most beautiful villages in Italy. Founded in 1200 on three hills, Brisighella on the slopes of the Tuscan-Romagna Apennines it boasts ancient culinary traditions and rich ideas for an original Mice experience and luxury bleisure 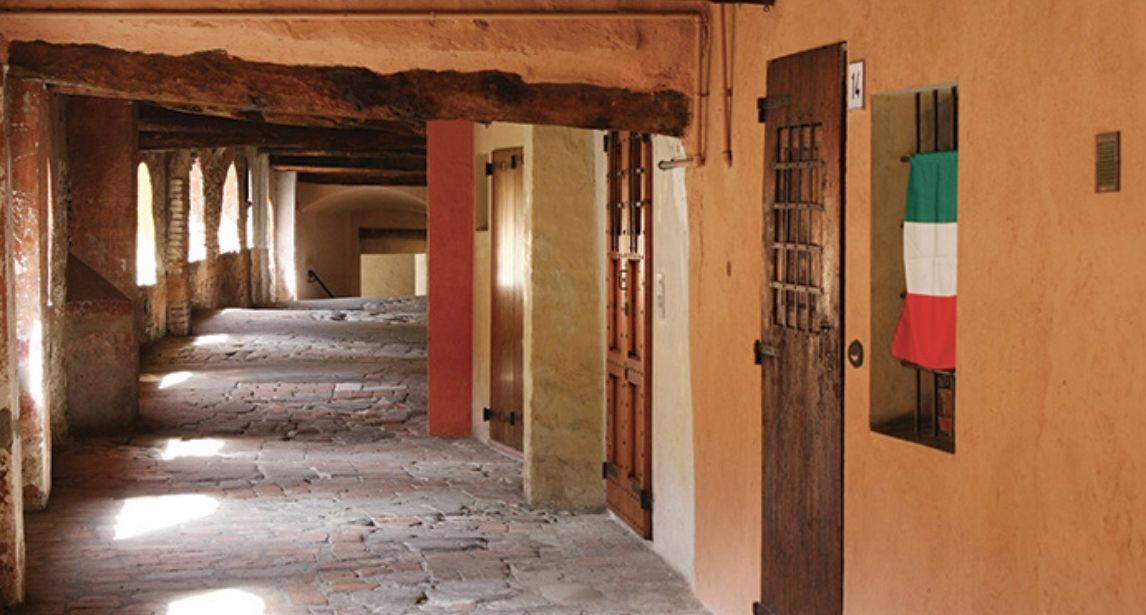 Pastel colors of the houses in the old town, as well as curious names of the streets that lead to the three rocky pinnacles which dominate the village where the Rocca Manfrediana, the Torre dell’Orologio and the Santuario del Monticino fill our sight in surprise reminding the memories of old fairy tales. Time looks to have stopped in Brisighella, but in every season the visitor is kept by the emotion of engaging celebrations, festivals and cultural dates that animates the ancient Mediaeval and thermal village (certified as one of the most Beautiful of Italy) in the Valle del Lamone in the Tosco-Romagnolo Appennine, between Florence and Ravenna. Brisighella also obtained the certificate of Cittaslow and the Orange Flag by the Italian Touring Club, testifying its excellence and its quality of life. The territory has very ancient origins but the Roman occupation firstly began to enhance it with the building of the Via Faentina (former Via Antonina) which was travelled by caravans bringing the salt from the Cervia Salinas to Rome. Brisighella history, indeed, is rooted in the end of the thirteenth century, when the leader Maghinardo Pagani built the most important fortified tower of the valley at whose end the Village put its principal access, the Porta delle Dame, named after the ladies who welcomed travellers in the past. So, we start our walk through the Antica via del Borgo, built in the XII century and known as “Via degli Asini” because, when it was covered, it offered a shelter for the carters’ animals who transported the material of the near chalk pits. Its original architecture is unique: raised and covered, it is characterised by half arcs where the light creates suggestive chiaroscuro effects. Trekking in that maze of old alleys dotted by pieces of town walls and stairs in carved plaster, you could get a little hungry especially if you peek in the little stores displaying typical specialties.

Craft shops among the villages

An example is L’Arte Del Matterello in Via Alberto Baccarini 21, led by Beatrice Guaducci who welcomes us with a trayful of spoja lorda – little squares of fresh pasta filled in with squacquerone and parmesan cheese – ready to be sold, together with a lot of fresh handmade pasta specialties, bread, pizza and pastries, prepared by her following old recipes handed down from generation to generation.

Brisighella cuisine is part of the good tradition of Romagna cuisine where the handmade sheet of pasta is the base for preparation for all entrées, in broth and dry: such as passatelli, tagliatelle, pappardelle, tortellini, garganelli and cappelletti. Ingredients are what makes the difference, genuine products such as the extra-virgin oil “Brisighello”, certificated European Dop, the conciato cheese, aged in the chalk pits, the pig meat of the mora romagnola (an ancient local breed), the meat of the local cattle breed, the moretto artichoke, typical of the badlands area, where the good exposure to the sun allows it to develop the maximum of its organoleptic properties, which can be eaten raw or mildly poached, seasoned in oil and salt. But there also are the “forgotten” fruits (among them there primarily is the pear fox), whose cultivation has been performed since the Middle Ages: azarolus, arbutus, jujube, sorb, nectarine, and excellences such as the I.G.P. apricots. All these products can be also found in the festivals that are organised during the year and that animates the streets of the village. An authentic pleasure for the palate. For example, in May there is the celebration of the moretto artichoke, at Parco Ugonia. Moreover, restaurants and osterias offer a thematic menu. On the second Sunday of November there is the celebration of the hard, little and round pear foxes (typical product from the Valle del Lamone) which are consumed in water and wine or cooked in the oven.

During the olive gathering, from half October till November, it is possible visiting the functioning oil mill, while during the other months a video shows the gathering and the processing. Even small groups of visitors are welcomed. As a matter of fact, the company has rooms able to host up to 40 seated people. Every tasting is anticipated by a brief introduction explaining the area of the extra virgin oil production and of its unique microclimate, of the varied types of oil and of the organoleptic properties that characterise them. On demand, the Cooperativa organises an itinerary in some oil museum en plein air, accessible on foot, by bike or car; tours to the centuries-old olive trees or to the associates’ vineyards and three different tours with guides. The first tour includes the Brisighella historic center, the Pieve di San Giovanni in Ottavo also called del Thò (built between the VII and the X century) in the valle del Lamone, at 1,5 kilometres from the village; a stop at the Museo Giuseppe Ugonia which has four hundred works of art of the illustrious lithographer and the archive of his memoirs in the Palazzo della Pretura, built in the nineteenth century; the visit to Casa Boschi Raggi, a singular house carved in chalk, maybe of pre-historic origin, hosting a collection of archeological artifacts. The second itinerary shows the “Ville padronali con giardini storici del territorio” (Local aristocratic mansions with historic gardens), while the third includes the Parco della Vena del Gesso and a sampling in a shelter. Moreover, the “C.A.B.” S.C. Agricola di Brisighella is the right place to better understand the wine tradition, boasting excellences such as the Sangiovese Doc and the Albana di Romagna Docg. Here, we could take a break and stop for a tasting of very good wine and cold cuts where they are produced and processed by the famous norcini brisighellesi, together with the underground black gold: the marzolino truffle.

Brisighella and the area nearby offer landscapes with unique panoramas, to fully enjoy practising Nordic walking through designated trails, by bicycle or on foot, for the slow vacation lovers. The Parco Regionale della Vena del Gesso Romagnola is one of the most characteristic geographical and geological elements of the Romagnolo Appenines. The protected area extends from the valley of the river Lamone to the one of the stream Sillaro and it involves six commons: Brisighella, Borgo Tossignano, Casalfiumanese, Casola Valsenio, Fontanelice, Riolo Terme. It is one of the major chalky krast areas of Europe. You recommend you to visit especially the Grotta Tanaccia (Brisighella) and the Grotta di Re Tiberio (Riolo Terme). After a long walk or bike ride you could pass a few hours relaxing in the thermal historic center, accessible on foot at just 300 meters far from Brisighella town center and where cures with sulfuric and salsobromoiodic waters are practised.

The Relais Villa Abbondanzi is easily reachable from Brisighella in twenty minutes by car and it is situated near Faenza: luxury bleisure destination, the ideal place for a romantic escape or for those who would like to spend some day in the spirit of relaxing, wellness and good food. Surrounded by a big park, the Relais is inspired by a dream of the owners, the Bucci family, to transform in 2006 an ancient mansion of the nineteenth century and the near buildings – used in the past for the work on the agricultural lands – into an elegant and cosy place where the visitors may refresh mind and body. In the shadow of the centuries-old oak the Provencal style restaurant Cinque Cucchiai is an authentic temptation. The good chef Alessandro Giraldi proposes a revisited regional cuisine, able to satisfy even the most refined palates. An ideal place even for business lunch, conference meetings and candle lighted dinners.

So much relax and good food to interchange with business moments also thanking to dedicated areas: from the small Sala Peonia, for little business meetings (up to 10 people) with a view on the rose garden, to the wider theatre-like shaped Sala Magnolia for a maximum capacity of 50 people, where big sliding glass doors, with a view of the park, make a job meeting more pleasant. In 2018 Villa Abbondanzi will inaugurate the Sala delle Ninfee inside a 2,5 hectares big park, with free parking just for its guests. In 250 square meters with a capacity of 200 seats there will be organised conventions, products show, corporate meetings, lunches and dinners. In this place dedicated to a charming hospitality there is not only attention for business, but also for wellness and sport in the gym, with a personal trainer; in the pool, in the Thermarium with the jacuzzi, the sauna, the Turkish bath and the relaxing area; with the oriental style treatments in the Cottage & Spa, performed by Elisa Mancini and Paola Vannacci’s expert hands. They also organise thematic evenings with aperitives, music and massages.