Among the most beautiful Italian maritime towns for its charm and history, not wellknown by mainstream tourism, Grado is a destination capable of gifting you a complete and unforgettable travel experience 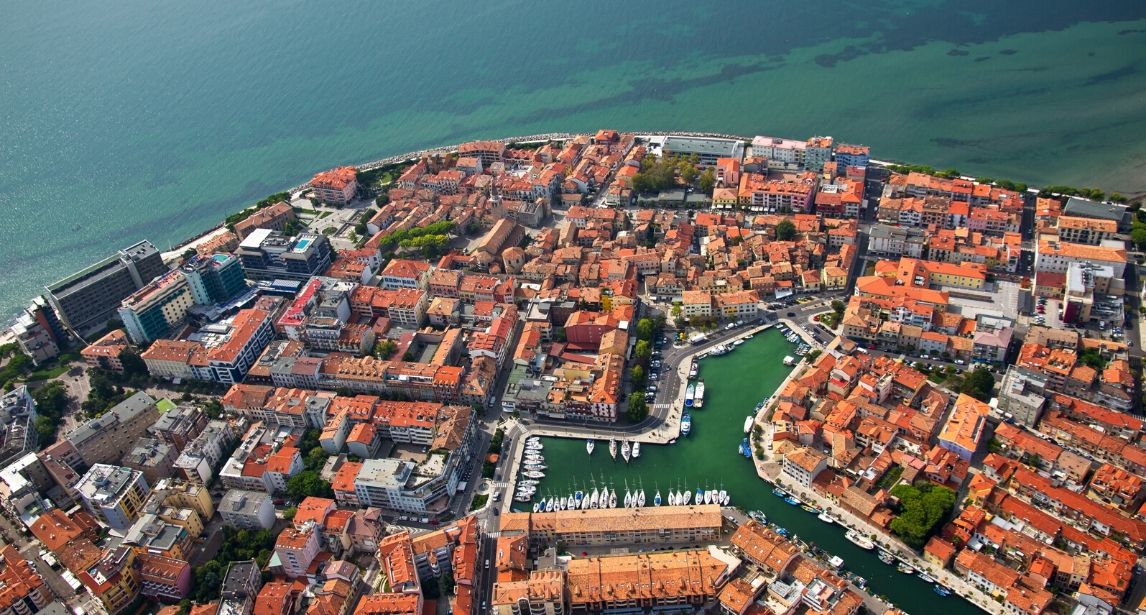 The sea breeze and the borino wind, which blows from the Karst, during the summer sweep away the fog and mist from the sky of Grado, giving splendour and blue skies to its beaches of soft and fine sand exposed to the South, to its fascinating lagoon and precious artistic elements of its past.

Thus the Island of the Sun of Friuli Venezia Giulia, kissed by a bright light, by clear air, and a sea among the cleanest in Italy, is one of the Italian maritime towns richest in charm and history, but it is also a not very well-known destination, able to give a complete and unforgettable travel experience. It is certainly not a recent discovery: as early as the 19th century the good bourgeoisie and the Habsburg nobility chose it as a privileged destination for their long glamorous holidays, attracted by the romantic lagoon landscape, by its long golden beach bathed by the calm sea, by the beneficial and therapeutic properties of its sand, and the tranquil beauty of its historical centre.

The architectural jewels of the historical centre

In the squares and alleys of the centre of Gravo Vecio (the ancient city within the perimeter of the castrum) you can still breathe today the history of what is known as the mother of Venice. The historical centre of Grado, remained almost unchanged over time, is a picturesque labyrinth of streets and squares, with traditional architecture, stone and brick walls, small windows, narrow external staircases, balconies.

The largest island in the northernmost lagoon of the North Adriatic offers unexpected beauty, with its perfectly preserved ancient architectural jewels: the Basilica of Santa Eufemia (the Duomo), the elegant Baptistery, and the Basilica of Santa Maria delle Grazie. All three date back to the period of maximum development of Grado, around the 5th and 6th centuries AD, when the citizens of nearby Aquileia (the Roman city that is today a UNESCO World Heritage Site) took refuge on the island to escape the devastating hordes first of the Visigoths of Alaric (in 401), then those of the Huns led by Attila (in 452 AD), and, a hundred years later, those of the Lombards.

The modern city and the seafront

Behind the historical centre is the westernmost beach of the island, called Costa Azzurra, while by walking towards the seafront you first meet the modern city, with its elegant buildings (some of which are designed by the most talented architects of the 20th century), modern tourist facilities, and the spectacular view towards the entire Riviera of Trieste and the Istrian coast, and then the main beach of Grado, its true seaside flagship: over three kilometres of fine sandy beach entirely facing South and, therefore, constantly sunny, a national record for beach cleaning, water quality, and level of services offered, as proven by the 30 consecutive years of Blue Flags.

On the other side of the island lies the quiet enchantment of the lagoon. Here opens the natural scenery that enchanted Pirandello and Pasolini, that gave comfort to Sigmund Freud and Maria Callas, and inspired the poets Ippolito Nievo and Biagio Marin. It is, after all, a place of unquestionable beauty and extraordinary natural wealth, in constant evolution. Over 16,000 hectares of land and sea, a unique, pristine landscape that extends apparently motionless for over 32 kilometres, between the mouths of the Isonzo and Tagliamento, dotted with a hundred or so islands, called mote, in several cases inhabited with the characteristic casoni, the traditional fishermen’s houses.