An authentic Sardinian experience in the city of flamingos and in the nearby territory. For events and Mice&Bleisure stays

An ancient Easter legend states that who sees a flying flamingo will have a long, prosperous and happy life... And, entrusting this legend, the visit to Cagliari will grant longevity and fortune because it is very frequent to witness to the flight of the very beautiful flamingos that established here their home, mostly in the hours of dawn and sunset when they go from one lagoon to the other, which frame the city. Cagliari people are very proud of their flamingos and since a few years they’ve  been living together with “sa genti arrubia” (the “red people” in Sardinian language) protecting them and always being charmed by their passage. 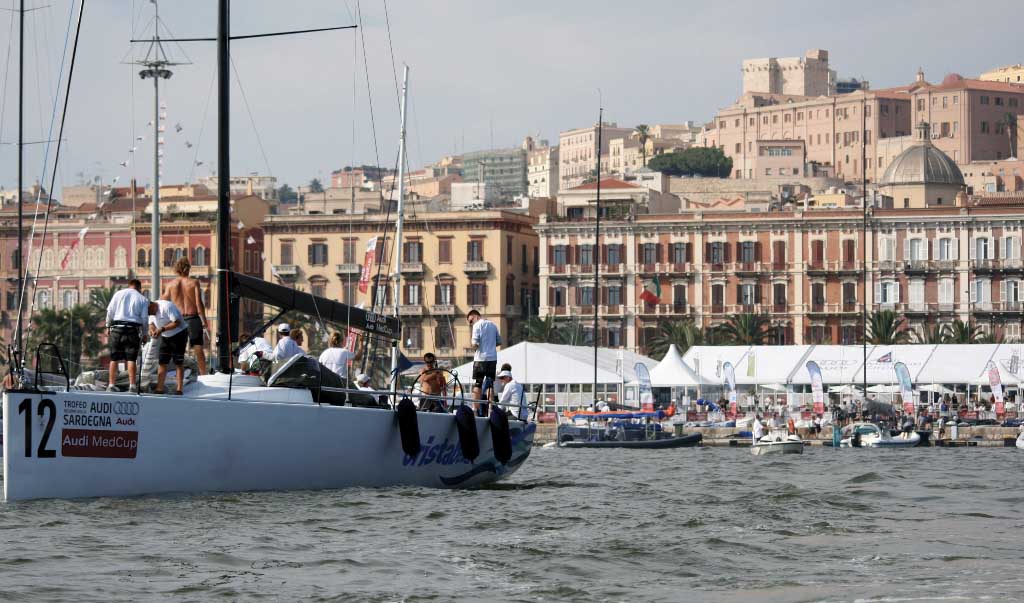 A story of living together And Cagliari history is, as a matter of fact,a history of living together more than of actual conquers by several people that came to the city during the centuries and whose ruins are still visible today. The Phoenicians chose Cagliari as safe harbor, protected by Santa Gilla lagoon. The Punics necropolis is still today almost uncut on the hill Tuvixeddu, almost to show to the dead, in their final resting place, the magnificent sea in front of which the city was raised. The Romans took off from here for grain wheat supplies and, in the plain Campidano, they left an amphitheater, villa Tigellio, whose owner was a dignitary during the Imperial age, and the Grotta della Vipera, a moving funerary monument that Lucio Cassio Filippo made building in honor of his beloved wife, who died to save his life. And let’s not forget the Byzantines, under their domination Cagliari stayed several years, strengthening its isolation at that time, being too far from the Capital of the Empire and being surrounded by waters dominated by hostile people. Testimonies of the Byzantine age are some precious artifacts held into the Museo Archeologico and into the charming church San Saturnino, young martyr, who is the patron saint of the city.

The four historical quarters, the kingdom of movida However, during Pisan age, approximately in 1200, the city gained the looks, that partly kept until today, with four historical quarters Marina, Castello, Villanova e Stampace. Restored in the following years, the four quarters are today attended very much by residents and tourists and in their roads the movida of the city unravels. The Spanish permanence is felt till today in several words of Iberian origin that adorn as flowers Cagliari dialect and in some architectural and artistic religious details. The passage of Piedmont people left the palazzo Regio, which towers over the near Cattedrale di Santa Maria, in the quarter Castello. The coming and going of several people never changed too much the placid and a little lazy personality of Cagliari people who always saw the world with disenchanted but after all tolerant gaze.

A wide and varied receptive and conference offer Cagliari is characterized by a wide receptive offer, from charming small hotels to modern hotels with conference halls, from bed and breakfasts to youth hostels, and its citizens’ attitude to live outdoors all year long, attending the very modern coffee houses and restaurants in the center until late night, make the city sparkling and lively, enhancing its Mediterranean charm. That’s why safety should not be neglected: a statistics, drawn up in 2015 by the “Sole 24 ore”, puts Cagliari to the eight place for safety on a sample of 139 Italian cities.

Paradise for team buildings and active incentives With its annual average of 306 sunny days, the city is a perfect destination, not only for leisure sojourn but also for team buildings, incentives e post congresses. The weather is ideal for outdoor activities: you may practice every water sport but also a nice and simple swim in the Poetto waters, or you may go biking and jogging in the several urban parks or in the avenue running alongside the sea. A recent operation of remise en forme turned it into one of the most fascinating city coasts in Italy. For the ones who prefer to enjoy the cultural proposals, Cagliari has a wide offer and, not least, accessible: cinemas, theaters, opera houses, dance, music, symphonic and jazz shows. Every season there are a lot of events. Last, but not least, the food and drink offer is also wide and for all budgets, from the refined fish restaurants to the delicate coffee houses of the historical centers to the simple and low-cost taverns. Not to be overlooked is the tour of San Benedetto market, the authentic temple of the food of the city.

The nearby territory If you would like to explore the wide Cagliari area you may do a lot of interesting experiences, like admiring some of the most beautiful shores of the Mediterranean sea, Chia and Villasimius, in a maximum of one hour drive. Here, practicing diving in the waters of the protected marine area, you may see relics of Roman ships and colored tropic fishes, who came to live near the Sardinia shores, because of global warming.

Between park, nuraghes and oldmines The sumptuous naturalist parks of Sette Fratelli and of Is Cannoneris are like a frame for the city and they offer, not only suggestive views, but also a sophisticated net of paths to walk or to bike. An authentic Sardinian experience is surely the visit of nuraghes, towers built in the time that goes from 1800 to 1100 B.C. almost. The island has lots of these buildings that represent the vestige of the native civilization who firstly populated Sardinia. One of the most perfect testimony of this civilization can be admired in Barumini nuraghe village, at 60 kilometers from Cagliari. A recommendation: if you go to Barumini you should not miss the tour to Giara, basalt highland where wild miniature horses live. Another place of interest is Sulcis, mining area among the most important of Europeuntil the 60s, now in complete decommission and Unesco world heritage site. Today it is also possible to visit the old mines in Iglesias and in Buggerru, whose tunnels offer breathtaking views at the edge of the cliff, the Santa Barbara caves and the mine in port Flavia, that constitute special attractions for a trip in South Sardinia. Even the exploration of the less known villages may set aside exceptional surprises, like the wine cellars in Parteolla or San Sperate museum village at only 20 minutes by car from the center of Cagliari.

Between feats and traditional festivals For the entire time from September until half October a lot of villages dress up to make feasts in honor of their patron saints around Cagliari. It’s a fantastic combinationof sacred and secular with an extraordinary authentic taste: religious processions vaguely reminding Spainish colored traditions, huge roasts in squares, carousels reminding Fellini’s movies and banquets of ex voto for sale. Still unknown to tourists, these festivals deserve a journey. Lastly, an opinion poll, made some years ago, showed that Cagliari people are at the second place in Europe, after Berlin, for liking their city. As a matter of fact, Cagliari people love very much their city and this can be perceived in the pleasure they demonstrate receiving praises of their city and when they praise it back. It’s not unusual to hear someone who, admiring a sunset or the sea from one of the terraces of quarter Castello, says “Isn’t it a wonderfulcity?”. Obviously, he, or she, doesn’t wait for the answer. He, or she, already knows it.