Between art and culture, a whole German city to discover 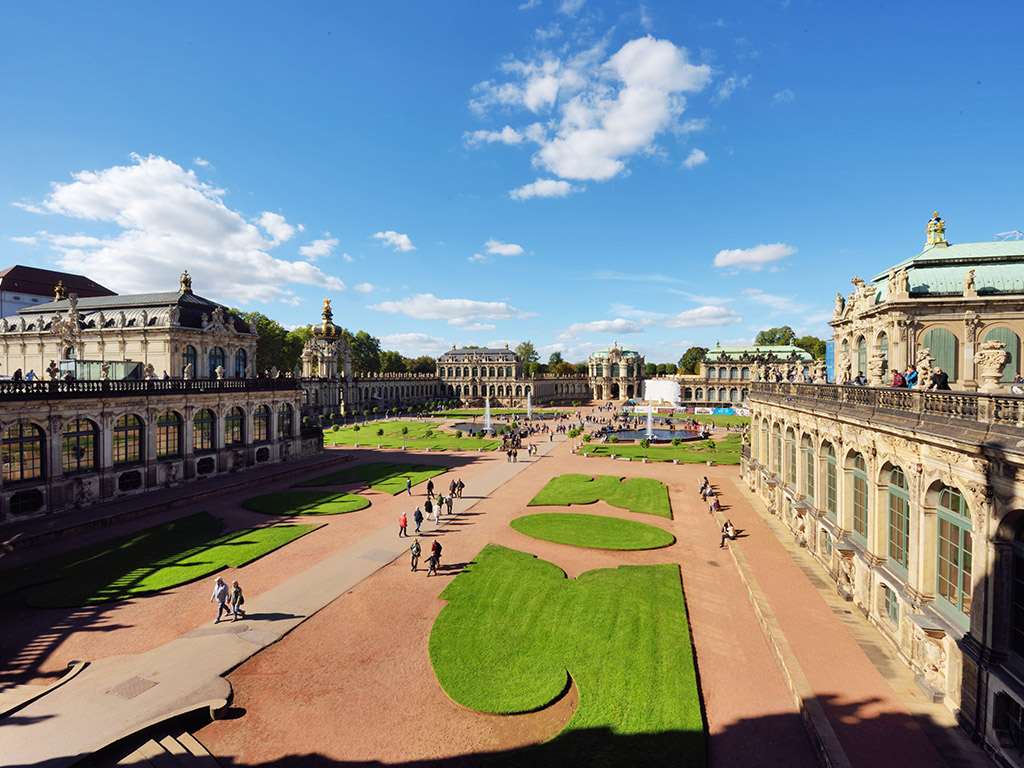 It took more decades to bring back to light icons of one city among the richest in culture and art in Germany. But today the beautiful Saxon capital can give to visitor a hugely interesting mix of culture, art, nature, top gastronomy and good living.

Known as the Florence on the Elbe, Dresden was profoundly damaged during the Second World War, by bombardments which reduced most of its magnificent baroque centre to rubble. However, the love and the solidarity of its citizens, together with a series of lucky circumstances, enabled the reconstruction of Dresden architectural heritage, which was slow, but carried on with great respect. From the first interventions during the Soviet occupation, to those during the DDR and after the reunification, until the last shipyards still in progress, Dresden is now back, ready to welcome leisure tourists as well as business travellers, thanks to an efficient and complete offer for business tourism and a wide choice of the best facilities for meetings and events.

The Kempinski hotel windows provide the best view on the glory and the prestigious history of Dresden. An ancient history, which saw the city shining especially in the eighteenth century, under the government of the illuminated Augustus the Strong. The impressive Taschenberg building itself, where nowadays is located the Grand Hotel, was built at the start of the 18th century and it was donated by the elegant prince of Saxony and king of Poland to his favourite, the pretty and smart countess Anna Costantia Cosel. From those same rooms you could admire two of the most representative buildings of Dresden and that time of wealth and culture.

The first is the Royal Palace, where still today it’s conserved and visitable one of the most incredible existing collections of art (unfortunately, recently it has suffered a sensational theft), ordered by Augustus II and then by his son Augustus III, planned over three centuries ago, with a museographic concept by incredible modernity. The second is the magnificent concentric castle of Zwinger, that is absolutely the perfect example of baroque architecture, whose buildings, sculptures and gardens have been the magical backdrop for the latest movie version of Cinderella’s tale.

Not far, there is the historic centre to enjoy walking through cobbled streets, large squares and long river. There, you should find other magnificent architectural symbols of Dresden: the famous Semper Opera House, the Lutheran FrauenKirche, the Catholic cathedral (in order to become king of Poland, Augustus the Strong converted to Catholicism), just to name a few examples. Large part of these magnificent buildings that today fascinate visitor, were severely damaged during the terrible bombardment of February 1945 – in two days, on the 13th and 15th of February, Dresden historic centre was practically destroyed by allied bombardments – but in the last seventy years they have been rebuilt and refurbished to return its history and its charm to the city.

Above the Elbe, the new city nuova

If you walk across Augustbrücke bridge, despite the building site is still in progress (restoration works will last until 2020), you may enjoy a really stunning view of the Dresden Baroque skyline. From there, you may reach the Neustadt, the new city. It wasn’t involved in allied bombardments, therefore, in a certain sense, this part of city results objectively older than the historic centre. Although its buildings largely dates back to the past centuries, they remained intact and original. The Baroque district develops, from the Japanese Palace to the Albertplatz, in an elegant row of bourgeois buildings with open internal courtyards, designed by the same architect of the Zwinger (Pöppelmann). Today, it’s one of the exclusive shopping streets of Dresden.

Between nature and artisans excellencies

It’s sufficient to go out of the city and for a few kilometers along the Elbe (by car or, even better, on board of an antique steamboat) to see the natural spectacle of the wide natural embankment of the river. It’s a sort of prairie that is the background of vine covered hills on the other side, upon which Albrectsberg and Lingner castles dominate. Continuing on the Elbe, you reach an area known as the Saxonian Switzerland. The panorama provides magnificent fascinations, between thick vegetation, rock pinnacles and curved river. One of the most appreciated spots is called Malerweg, the Path of Romantic Poets, with its scenic bridge. At almost 40 minute drive from Dresden, in North West and in South direction, alive and vital testimonies of two prestigious and exclusive craft traditions can be found. In Meissen there’s one of the most popular and ancient porcelain manufacturers in the world, appreciated and searched both in the last century and today for the wonderful creations of its master craftsmen. The little and pretty city of Glashütte is, instead, the throbbing heart of the German watchmaking tradition. We talk about top watchmaking, big names such as Glashütte Original, A. Lange & S.hne, Moritz Grossmann, and then also about very interesting brands such as Nomos, Mühle, Union. In Glashütte you may discover the history and the charm of watch making visiting the German Watch Museum, wanted by Glashütte city and Glashütte Original brand, or, if you book with a sufficient advance and organization, you may visit manufactures, coming closer to the art of the German watch making know how.