An historical villa in the heart of Chianti hills, a forgotten brand since 200 years, that comes back on the market, and a ceramics and porcelain production for luxury hotellerie are the three greatest passions of venetian entrepreneur Antonio Tognana 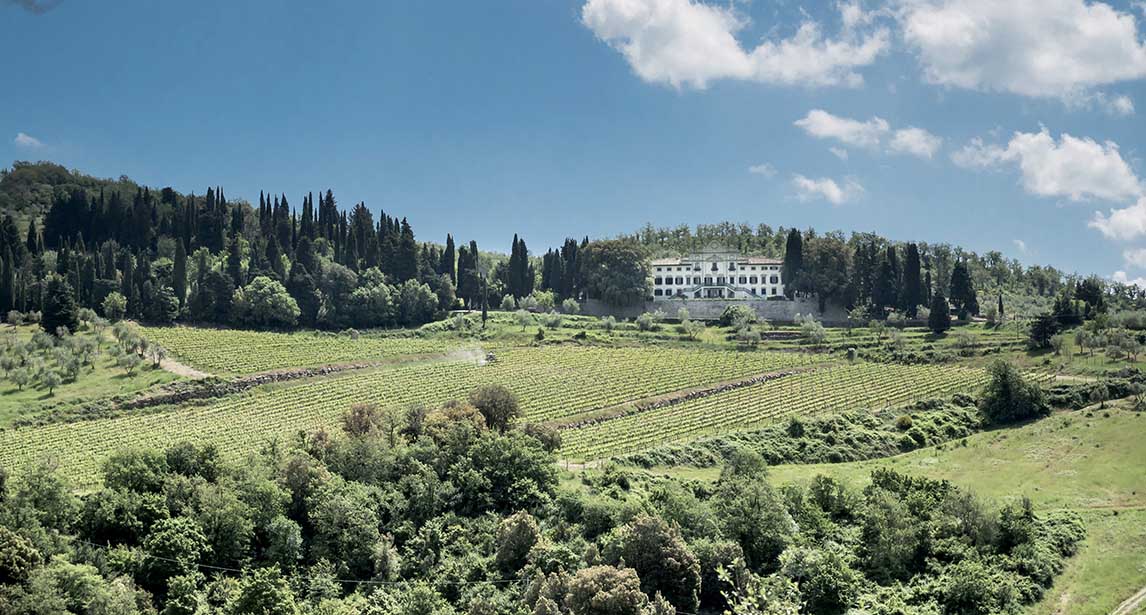 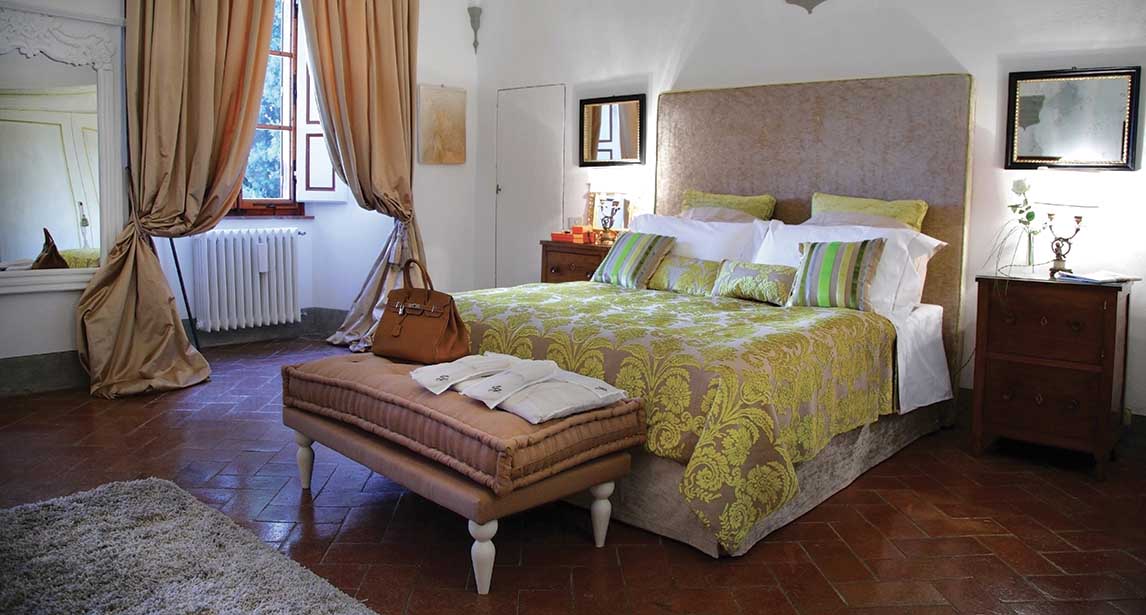 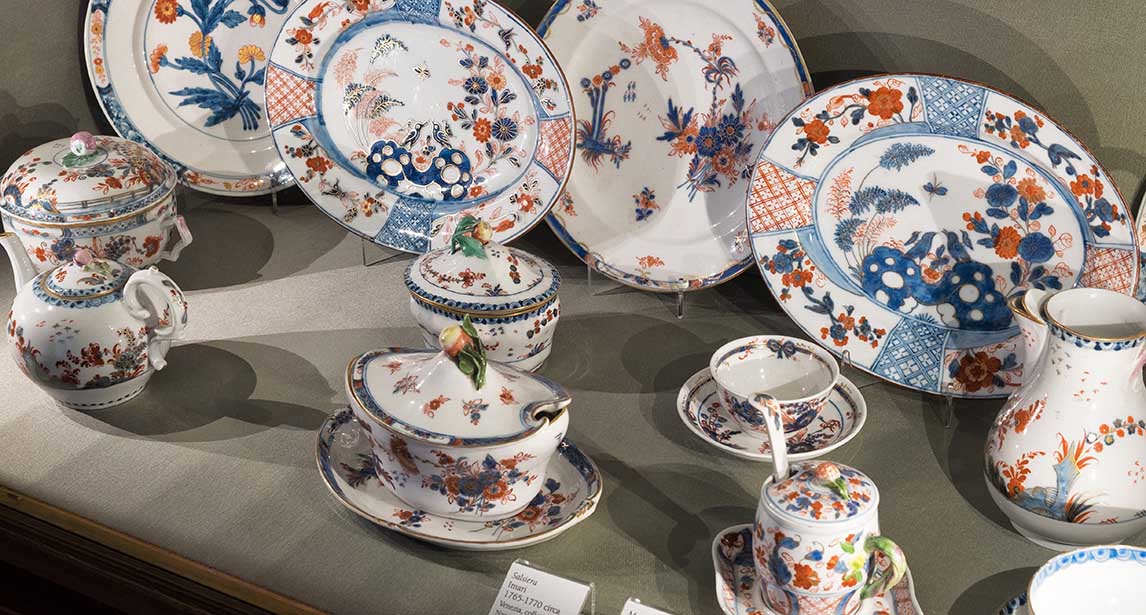 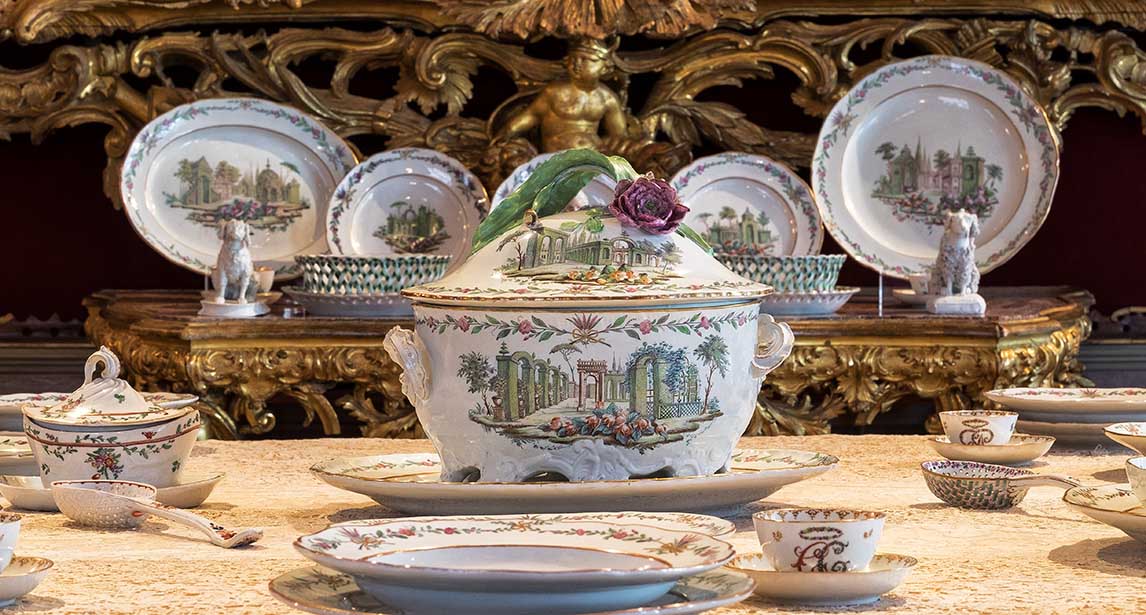 «Villa Vistarenni is not a hotel, but a private villa opened to public, a historical residence that today hosts weddings, private and corporate events in the peace and in the tranquillity of Chianti Classico hills», as Antonio Tognana, the leader of Manifattura di Venezia (porcelain enterprise for the hotellerie and restaurant sector) tells us. For a few years, the entrepreneur has indeed added to its family’s business other two projects. The first project began at the beginning of the years 2000, and it involves Villa Vistarenni, a Wine and Relax Resort situated in Gaiole in Chianti. It was built on an area already inhabited a few time after 1000 A. D., and then, in the eighteenth century, it became a stately home with farm to produce wine and oil. A few years after, the villa was bought by Princes Strozzi’s family, then, it was passed to the baron and Senator of the Kingdom of Italy Giorgio Sonnino, brother of the popular Sidney Sonnino, first minister of the Kingdom at the beginning of the twentieth century. «We hold all the acts of the Parliament and of the Italian colonies in Africa of that time in the library, these books are bound by the Sopraintendenza alle Belle Arti», Tognana explains, «So the villa witnessed not only the history of Tuscany, but also a piece of the Italian history».

A villa surrounded by crops
Tognana says: «my family bought it in the 70s: we already had a holiday property on the Chianti hills, but my father fell in love with Villa Vistarenni as soon as he saw it, maybe because it is so similar in style and decorum, mostly on the façade, to a residence in Veneto, our native region. At first the villa was for us a buon ritiro, a place where we spent holidays and enjoyed the peace and the tranquility of this unspoiled corner of Tuscany. Furthermore, it continued to function as villa-farm to produce Chianti Classico, oil and other red wines: wine may be tasted in the Cantina and in the wine shop. In the years 2000 we came with the idea to open the villa to public, firstly setting up the nearby farm buildings as agri-tourism housing, and then, more recently, as an intimate, small Resort (there are only 35 beds) where the watchword is tranquillity. Today we promote the facility mostly as location for events. Lots of guests sojourn here for their weddings – mostly foreigners enchanted by the beauty of the territory – to whom we also offer a consecrated chapel, dedicated to Saint Mary Magdalene of Pazzi (that was Medici’s adversary family), for religious or symbolic ceremonies. A lot of corporations have also chosen us for their events, such as the presentation of new models (as the BMW did a few years ago, unifying here all its selling strength), photo and cinema shootings, team buildings and workshops. On one hand, we offer an enchanted place, surrounded by nature, in the greenery and silence, where clients can focus on the event, on strengthening the team, or indulging in a relaxing pause; on the other hand, we offer great tourist chances, because we are in the center of an area where the traveler is near to some of the most beautiful historical city of the country, such as Florence, Siena and Arezzo, and of the most suggestive and authentic villages (for example, San Giminiano)».

Three projects, only one goal
Villa Vistarenni hospitality project is separated, in origin and development, by the true calling that characterised Antonio Tognana’s history, meaning porcelains. However, looking closely, there’s an unity of purpose: with Manifattura di Venezia, and also with the new important launch of a historical brand as GeminianoCozziVenezia 1765, the goal is to offer top quality products for the world of luxury hotellerie and restaurants, the same quality clients may find in the Resort. Another important coincidence is that in the same few decades when the Venetian brand prospered, the production and the domestic and international trade of Chianti was developing.

The rediscovery of the brand Cozzi
The most recent Tognana’s adventure – the second project above mentioned – is about a brand that disappeared from industry and from memory for more than two centuries, after almost 50 successful years in the eighteenth century. The brand is Geminiano Cozzi’s porcelains, another entrepreneur from Veneto who was part of the history of manufacture of ceramics in Italy. Today his production comes back to life with the line that carries his name, Geminiano Cozzi Venezia 1765, proposing either the reproduction of exceptional pieces identical to the originals, either new collections inspired by Cozzi’s unmistakable style and decors, destined mostly to hotels and restaurants, that bring back on their tables not only very beautiful and refined objects, but also a deep-seated historical perspective.