A journey to discover art and treasures of this beautiful city 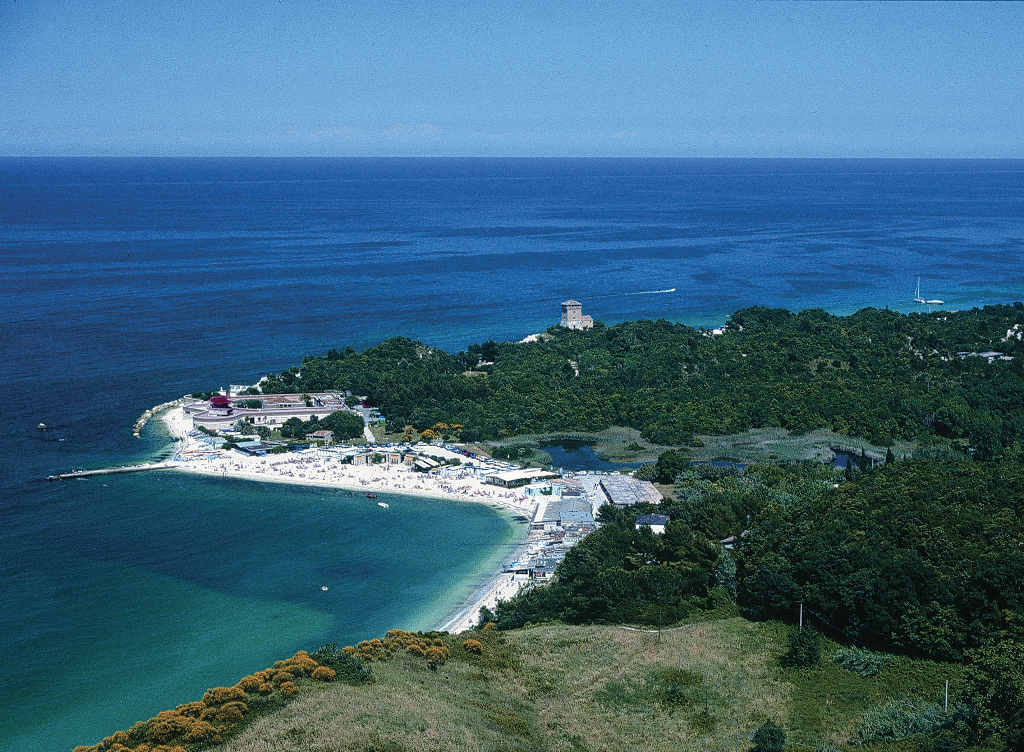 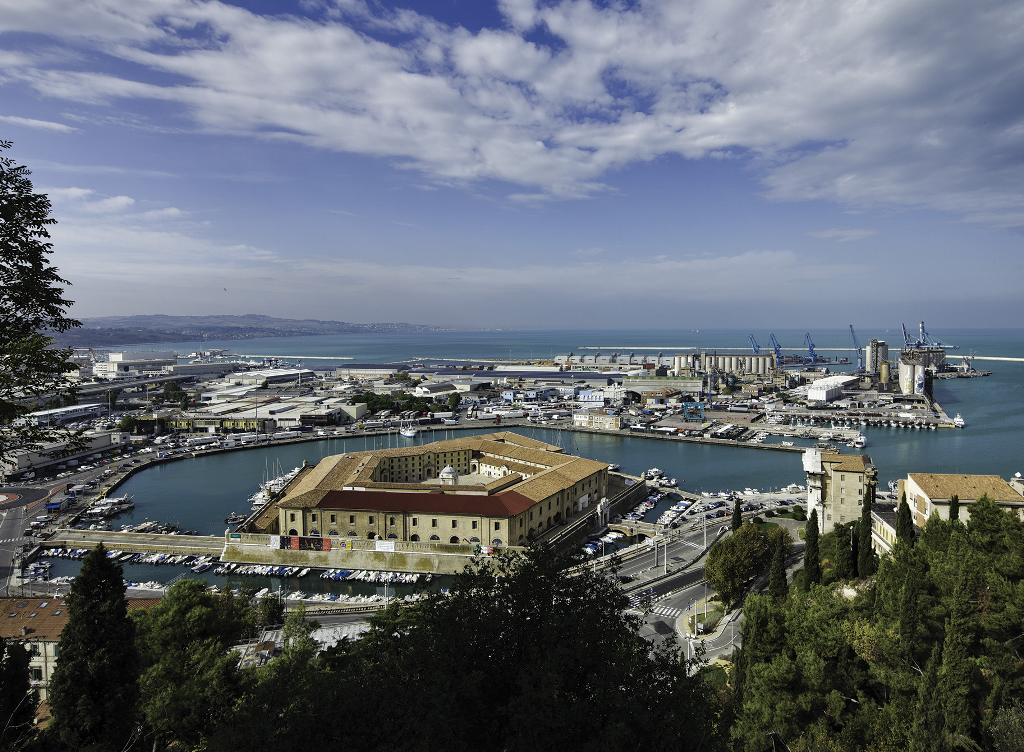 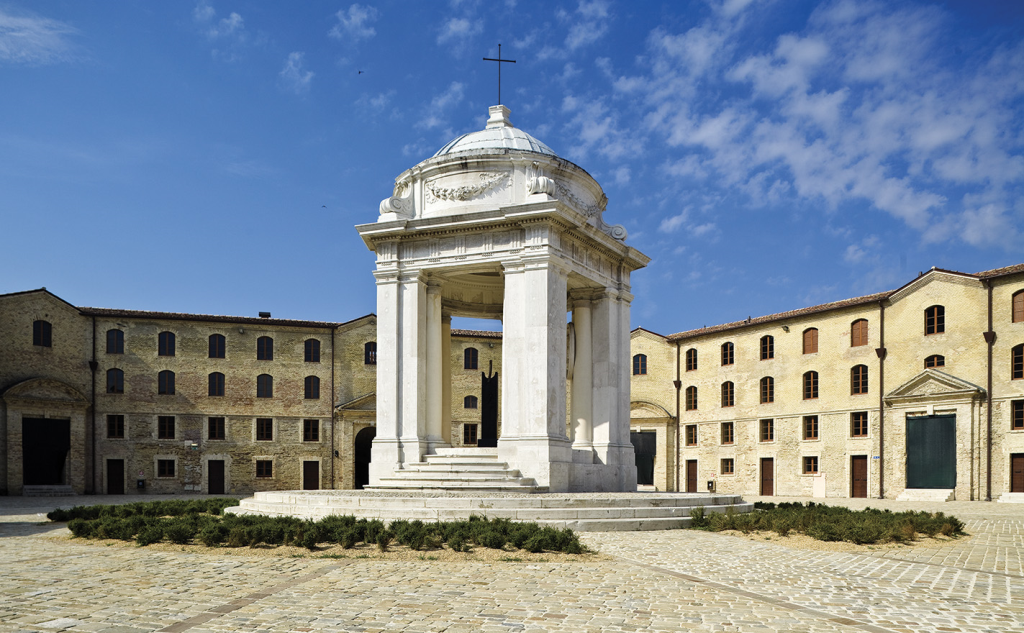 Ancona has a millennial history, that was encouraged by its location by the sea, an advantageous position for business and navigation. We start our tour, right from its ancient port of Roman origin, today the first in Adriatic sea for embarkation number and at the top positions for freight traffic and fishing. In this en plein air museum tradition marries the contemporary times; international street art talks with daily life areas, that are made of old rituals, giving a new item to old silos and workshops, where jobs linked to fishing activities are handed down from generations. Just like it happens for the traditional fish auction that every day, before the dawn, has been recuring for centuries. It’s a real humanity show that should not to be missed: it’s worth even if you lose few hour of sleep. Ancona fisheries market, designed by Gaetano Minnucci, is the city soul where smells, faces, dialects and languages are mixed in the most authentic life show. Outside the market, with the sea background on both sides, you should see the majestic Trajan Arch dating back to 114 A.C. and the eighteenth century Clementino Arch which, from far away, frame the Guasco hill that is overshadowed by the Duomo.

Before you leave the seafront you should visit the eighteenth century Mole Vanvitelliana (ex Lazzaretto) that it’s on an artificial little island with its pentagon map on the port waters, a few meters from the majestic Porta Pia. Built by the architect Luigi Vanvitelli, the Mole hosts many cultural events and the original Museo Tattile Statale Omero which ensures the total accessibility to blind and partially sighted visitors. Touching an artwork is an experience that doesn’t happen every day and it will give you great emotions. Not far from the port, you may admire the biggest theatre in Marche Region: the neoclassical Teatro delle Muse has on the facade one beautiful bas-relief which represent the Nine Muses, the God of the arts Apollo and the God of the ports Palemone. If you are searching for a tip on how to spend your evening hours, take a look at the rich in entertainments billboard. Crossing via della Loggia, next to the Theatre, you’ll find the elegant Gothic facade in Venetian style of the Loggia dei Mercanti, designed by Giorgio da Sebenico. On the road to the Colle Guasco you should stop at the enchanting Santa Maria della Piazza Church, a jewel of Romanesque art. It has been built between the eleventh and the twelfth century with three majestic naves, its crypt stores precious mosaics of the fourth century early Christian basilicas. Not far from here, the Ancona Picture Gallery will show you masterpieces by Lorenzo Lotto, Orazio Gentileschi, Guercino, Crivelli, Tiziano Vecellio and modern artworks such as the ones by Campigli, Cassinari, Cucchi, Levi, Sassu, Tamburi, Trubbiani.

Before dealing the trek to the top of the Colle Guasco, we recommend you to have a lunch break in order to taste some typical dishes from the local cuisine which mix land and sea flavours. You should try the stoccafisso all’anconetana; the wild mosciolo of Portonovo, which is a Slow Food Presidia mussel; the ciavattoni allo scoglio and the brodetto. If you don’t like fish dishes you should taste the vincisgrassi, the pasticcio di lasagne, the roasted chicken or rabbit in potacchio, in other words, cooked with a mix of rosemary, garlic, wine and tomato. We suggest you to eat these dishes with the excellent local wines: Rosso Conero, Lacrima di Morro d’Alba or Verdicchio. You shouldn’t worry about the calories because you’ll burn it in order to reach San Ciriaco Cathedral, on the top of the Colle Guasco, where you’ll see a breathtaking panorama on the port and the historic town centre. Built on a temple of the third century BC, the Cathedral is dedicated to the city patron saint, whose remains are conserved in it. The majesty of its dome and of the facade in pink Conero stone invite the visitors to enter. Inside there are Romanesque style melts with Byzantine influence decorations. You may enjoy the Virgin Mary Chapel – marble Edicule of 1739, designed by Vanvitelli, with the miraculous image of seventeenth century. Near the Cathedral, the Diocesan Museum preserves artworks of extraordinary artistic and liturgical value and the “Sacred Art and Local History Library”.

Between the Colle Guasco and the Colle Cappuccini, there’s the Roman Amphitheatre of first century BC, it accommodates up to 10.000 viewers and in summer it is the stage for various representations. You may relax in the nearby green Cardeto Park, that overlooks the sea, where you should sit on the characteristic and comfortable benches called “pensatoi (thinking place)” and enjoy a relaxing and spectacular view. After that, you should continue your visit crossing in an evocative tour through Campo degli Ebrei, one of the biggest and best preserved cemetery in Europe, Campo degli Inglesi, the sixteenth century St. Paul Bastion, that conceals a set of underground burrows, the nineteenth century Lighthouse which overlooks all the city, the Polveriera Castelfidardo that was transformed into a location for cultural events; Forte Cardeto and Forte Cappuccini. Not far from Cardeto Park, there is the Church of San Francesco alle Scale with its magnificent Gothic portal, designed by Giorgio Orsini da Sebenico, enriched by basrelief of St Francis that receives stigmata. Inside the church are kept important artworks by Pellegrino Tibaldi, Gioacchino Varlè and Lorenzo Lotto. 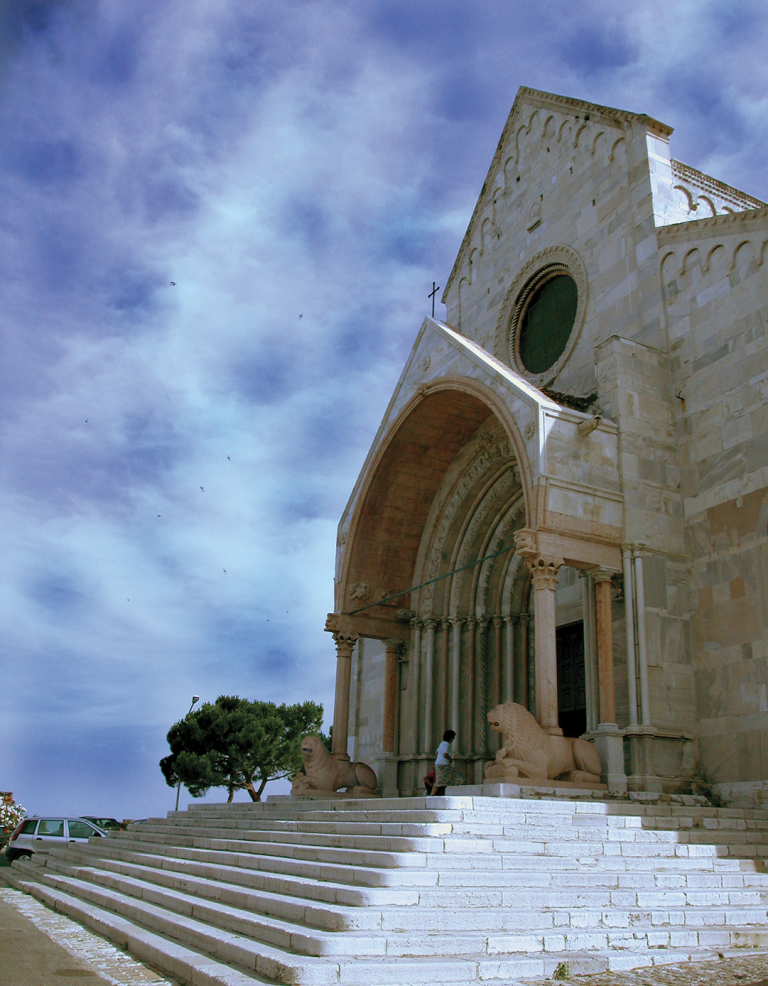 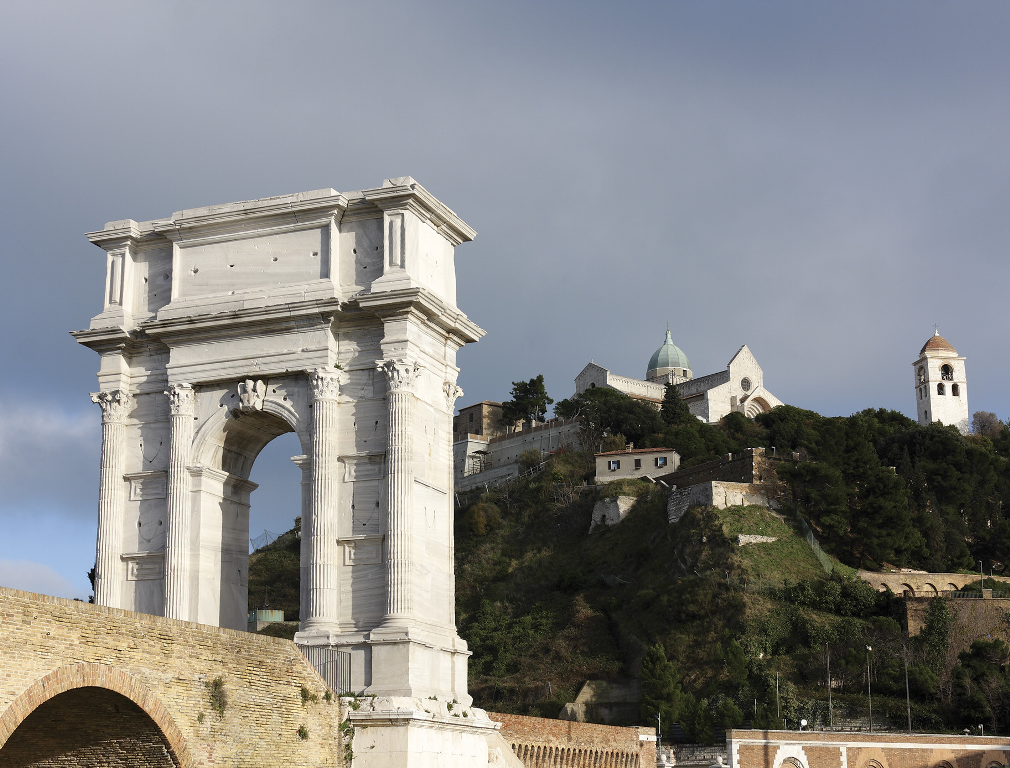 The restaurant La Terrazza is inside the port area, on the ex marine station. Here, you should taste typical fish dishes of the tradition such as the stockfish and brodetto all’anconitana, saraghina a scottadeto and cuttlefishes with peas.

Nearby the Mole Vanvitelliana, the Trattoria Sot’Aj Archi offers characteristic cuisine with fish and seafood. The house specialities are: Buzzara, Ciavattoni with prawns and small tomatoes, testola and prawns, local desserts.

The Trattoria 13 Cannelle is in the middle of historic centre, in front of homonymous monument. Founded in 1929, it’s knows as the “Checchino” (Shooter) Tavern. It offers excellent meat and Adriatic fish dishes. Some house specialities are: anconetana stockfish, lobster fagottini and appetizers of seafoods with crocette, bombetti in porchetta (namely with garlic, tomato and wild small fennel), sea truffles.

Among the places where you may have a pleasant coffee break or an aperitif, we suggest you the Bar Torino along the central course that bonds Piazza Cavour to the Port. At the opener it was called “Vermouth Torino” because it has been the first bar that has brought the Vermouth in the Marche capital. It preserves the 60s-style and its jewel is the historical coffee maker Faema E61. The bar is famous for serving cocktails with hot and cold appetisers.

The Caffè Giuliani is a bar in an historical nineteenth century building not far from the port and the Teatro delle Muse. It’s cozy like an elegant living room and from the early twentieth century it gladdens the Ancona citizens’ mornings with its cafeteria products, cocktails and high quality pastries. A meeting point also for aperitif and after dinner, it’s also pizzeria and restaurant.

We have selected two perfect locations for your needs. At SeePort Hotel you may see the sunrise from your room: an experience that will let you start the day in good mood. The proximity to the seaside of this boutique hotel will make you feel as if you are on a ship board, going to discover always new emotions. Such as the unique view of port and the exclusive place where staff is as wells professional as familiar, making feel each guest at home, with customised offers and treatments.

The Grand Hotel Palace was reopened in April 2017, after the restructuring, that has maintained the original classic stamp, adding a technological and ecofriendly core. Here you’ll find a fitness area.